Every thing about Nashik city

The Jai Vilas palace or the Raj Bari was built by Raje Mr.Yashwant Rao Mukane in near by 1940. The name Jai Vilas is derived from the one of the raje of Jawhar Mr. Jaiba Maharaj Mukane. The stone used for this is syenite which was brought from sakhara which is 12km away from its location.It is said that when the work of palace was completed, the quarry from which the stone was extracted was broken down and now the Geological Department of Government of India has taken up to locate the quarry .The palace is a master piece of pink stone.There is a beautiful garden with a dense forest like foliage, having trees of cashewnut everywhere.

Jawhar is a hill station located at an altitude of 518m. It is about 80 km from Nashik and 145 km away from Mumbai. Situated in newly formed Palghar district, Jawhar is known for its picturesque setting and a vibrant cultural heritage. It is also known as the ‘Mahabaleshwar’ of Thane district but now in Palghar district. It is one of the very few tribal regions of Maharashtra and is famous for its vibrant Warli paintings that are a characteristic landmark of this place.

Inside the palace, the hall has some lovely portraits of the Mukane clan. Upstairs is the children’s nursery, drawing room, some intricate antique furniture items, the royal bedroom, the obligatory stuffed tigers, loos the size of bedrooms and a huge lobby. The guest section is locked but the guide informs us that every now and then important guests come and stay here. For instance, Akshay Kumar and his team camped here for 10 days during the shooting of Khiladi. The palace is a popular location for film shoots. The palace has close to 50 rooms; the terrace affords a great view of Jawhar. 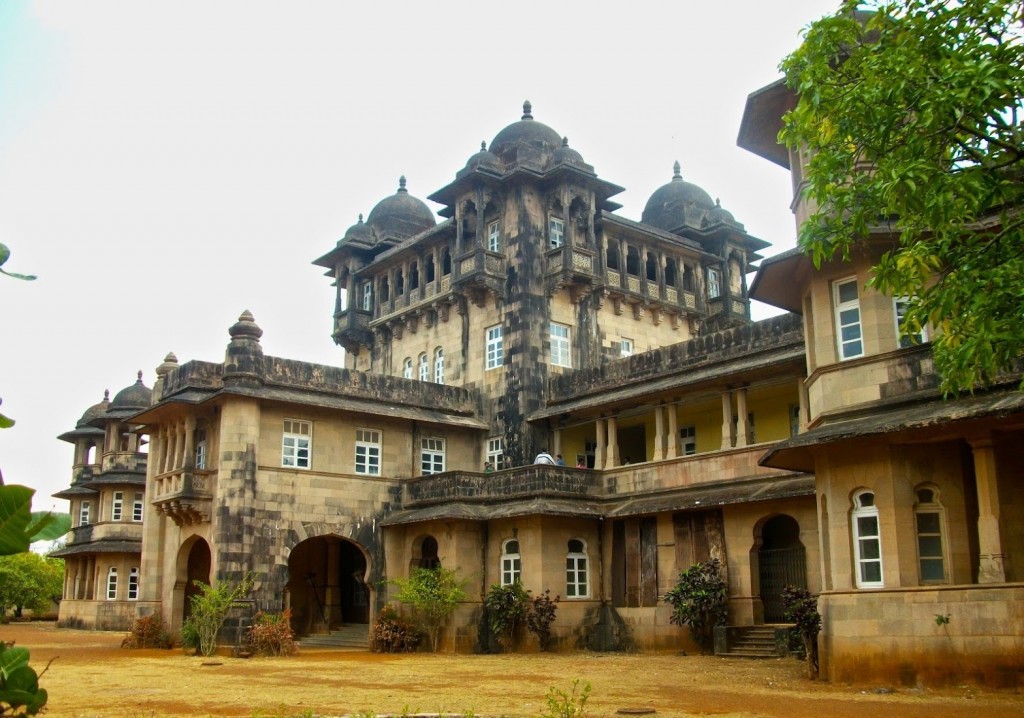 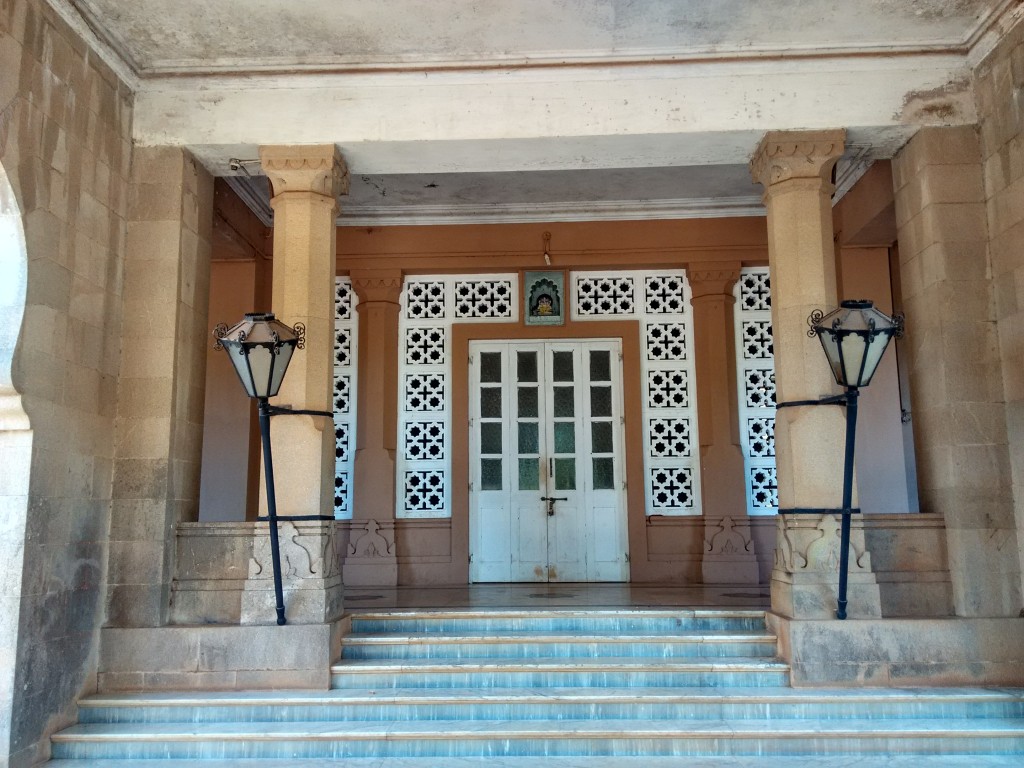 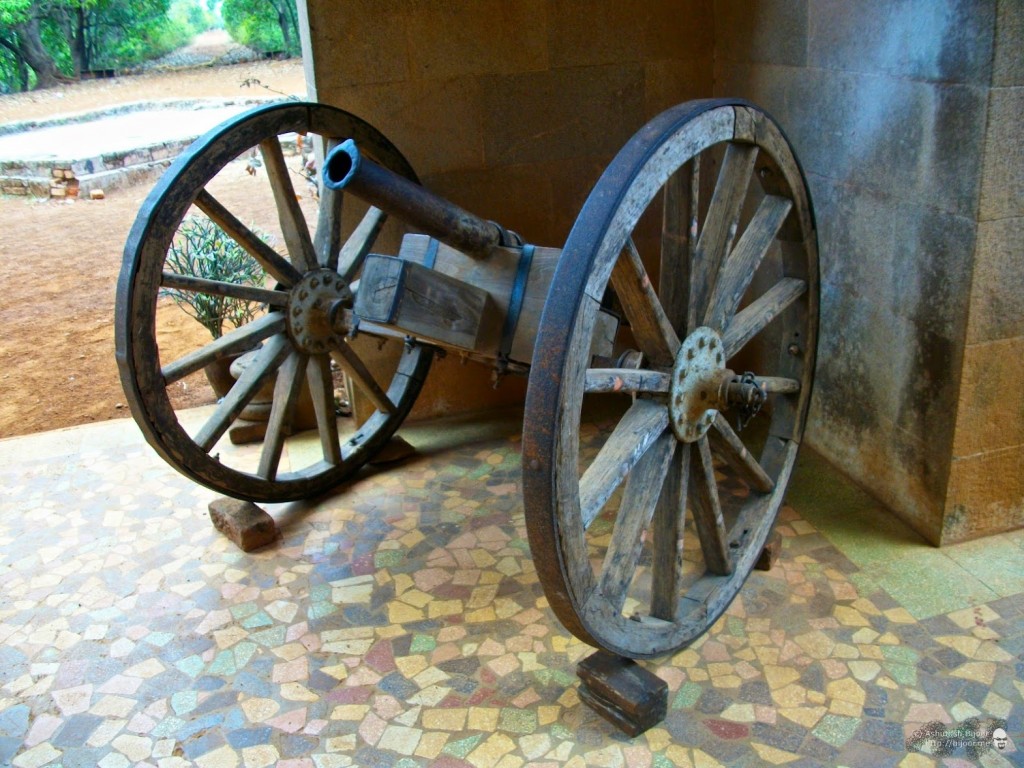 Patta Fort, or Patta Killa, also known as Vishramgad, is a fort situated between Nasik and Ahmadnagar in Maharashtra. Shivaji Maharaj once visited and rested there. The residents of Patta Killa are known as Pattekar, meaning “residents of Fort Patta”. The height of Patta Fort from sea level is approximately 1,392 Meters (4,566 feet).

This fort is very easy to climb. There is a Rajwada near the site of the fort, but has fallen into disarray and ruin as a result of a lack of care. The Pattai Devi Mandir is constructed by villagers on the fort. The Trymbak Darwaja is also in good condition. Patta Fort also has a shrine of Shri Laxmangiri Maharaj in the caves near the village of Pattawadi. On the day of full moon (Poornima), the disciples of Laxmangiri Maharaj gather at these caves. The ‘Ambarkhana’ is a big hall newly reconstructed. It can accommodate about 200 visitors for night stay. There is a rock cut cistern near Ambarkhana. The forest department with the help of villages has developed the pathways, steps and gazebo on the fort. There are many windmills on the way to Pattewadi constructed by Enercon.

Nandurmadhmeshwa, situated around 60 km from Nashik, is famous for housing a bird sanctuary. The bird sanctuary was established in the year 1950 and since then, has been serving as home to thousands of migratory birds. The best time to come here, for indulging in bird watching, is during the months of October to March.

One of the most popular excursions of Nashik is the Nandur Madhameshwar Bird Sanctuary. The sanctuary is home to a wide variety of wildlife, comprising of 220 species of birds, 24 species of fish and numerous mammals. It is spread over an area of approximately 10000 hectares and stands covered with 400 species of vegetation. Nandur Madhameshwar Bird Sanctuary claims the distinction of being listed as one of the important waterfowl habitats in the region, by the International Union of Conservation of Nature.

Anjaneri Village resides just 4kms before Trimbakeshwar .According to Mythological stories this place is birth place of Lord Hanuman.It has now also become a trekking spot for trekkers.

Deolali Camp is situated at a distance of 16 km from Nasik. It is one of the oldest and important military centres of India. The camp is surrounded by playgrounds, gardens and wide roads. It was originally established by the British in 1861 as the military psychiatric hospital. The other nearby places of attraction are; Temple Hill, Khandobachi Tekadi known for the temple of Lord Khandoba and the Deolali Market that is famous for selling unique items.

Dugarwadi waterfall is one of the best natural waterfalls of Maharashtra. This impressive waterfall is only 30kms away from the wine city Nasik and 2km off the Jawahar Road. Very few people visit to Dugarwadi, that’s why it is very clean and unexplored. It is a great place to visit, especially in monsoon when you can enjoy pristine surroundings and lush greenery everywhere.

The mountains near Trimbak Road, many times covered with clouds and fog are sure to mesmerize you with their serenity. The fresh air, water streams and dense forest are all seductive at Dugarwadi. The waterfalls will make you forget about all the stress, tension and hustle-bustle of concrete city life. The nature lovers and adventurous people prefer to take a complete day outing at Dugarwadi to experience the lively spirit of monsoon season. The waterfall view is breathtaking and spectacular for those who want to feel water beauty of Nasik.

After reaching the place, you have to park vehicles near the road and a walk of 1-2 km is needed to reach at the exact place of waterfall. If you follow the river way then you will pass through the hills which will sure to offer you great scenery. While doing adventurous trek during monsoon, be careful as the water level may rise suddenly and you might get trapped into rushing waters. It is recommended to make group visit at Dugarwadi, because there is no security available and it is also a lonely place.

Offer: Flat 50% Off on hosting packages